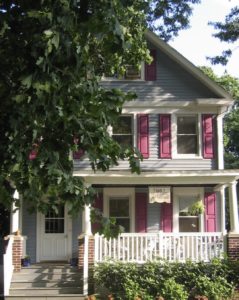 The institute was asked to write a chapter for the Encyclopedia of Couple and Family therapy about our history. The following is from the chapter we wrote:

The Multicultural Family Institute (MFI or the Institute) developed from a family systems training program that began in 1972 at the Community Mental Health Center of Rutgers Medical School (CMHC) in Piscataway New Jersey, spearheaded by Monica McGoldrick. In 1991, due to changes in the landscape of mental health, the program moved to Metuchen and was incorporated as a private non-profit educational institution, called the Family Institute of New Jersey. In 2000, The Institute changed its name to The Multicultural Family Institute to better reflect its mission and moved to its present location in Highland Park, New Jersey. The founders, all of whom had worked together at Rutgers Mental Health Center, were Monica McGoldrick, Nydia Garcia Preto, Meyer Rothberg, Paulette Moore Hines, and CharlesEtta Sutton.

In the earliest years of the Family Therapy Training Program at the CMHC we were inspired by many of the 1st generation family therapists, in particular Virginia Satir, most of all through her first book, Conjoint Family Therapy, which was our first “bible.” Jay Haley was also a major influence, especially his book Strategies of Psychotherapy. We had missed the era of Don Jackson, but the Palo Alto group was a great influence also. Change, the book of their second incarnation was a prime text for us all.

From early on McGoldrick was affiliated with two other area Institutes associated with the work of Murray Bowen (The Center for Family Learning and then the Family Institute of Westchester). Bowen’s ideas became central to our training. In addition to a visit from Bowen himself, Phil Guerin, Tom Fogarty, Betty Carter, David Berenson, Ed Friedman and other Bowen oriented therapists visited and inspired the program.

Over the years the Institute became a place where many other influential family systems thinkers came to present their work as well. Harry Aponte became part of our CMHC training faculty bi-weekly for 4 years, training our faculty as well as our students.

Among the many others who visited and taught us repeatedly over the years were David Treadway, JoAnne Krestan, Paul Watzlawick, Norman Paul, Froma Walsh, Carol Anderson and Lynn Hoffman. Several international groups came for multiple visits: Michael White and David Epston, the Irish Fifth Province Team (Nollaig Byrne, Imelda McCarthy and Phil Kearney), and The Just Therapy Team from New Zealand, and we developed a collaboration with Luigi Boscolo and Gianfranco Cecchin, which involved making teaching videos and holding conferences in various places in the U.S., Ireland and Italy. We also cosponsored an International Addictions conference in Dublin 1983, as well as two national conferences (Stonehenge- 1984 and 1986) and one International Women in Family Therapy conferences (Copenhagen, 1991).

In 1991 when the CMHC training ended and our new institute was founded, Betty Carter became our formal godmother, and our network expanded, involving a great many others with whom we collaborated in training and writing projects, including, to mention just a few: Ken Hardy, Nancy Boyd Franklin, Evelyn Lee, Elaine Pinderhughes, Rhea Almeida, Jay Lappin, Matthew Mock, Maria Root, Fernando Colon, Rockey Robbins, Salome Raheim, and many others. From 1994-2008 Eliana Gil became a crucial part of the Institute’s visiting faculty, and together we developed the use of family play genograms and many other techniques for assessing and dealing with children in families.

The Institute’s Aim and Focus

We represent a diversity of cultural perspectives and are committed to promoting a multi-contextual systems life cycle approach to resolving human problems within a framework of community empowerment. The Institute from its inception has been devoted to postgraduate family therapy training, research and consultation to community institutions from a multicultural systemic perspective. We are committed to promoting social justice and countering societal forces that undermine people because of race, gender, culture, class, sexual orientation, religion or disability. We seek to create a world in which all members of our community share in the possibility of finding a “home place” where they feel safe and can receive educational, health and mental health resources that will allow them to function at their best. We collaborate with a broad national and international network of colleagues similarly dedicated to evolving a multi-contextual cultural framework.

Originally our focus was on a 3-year post-graduate training program involving 4 hours a week of didactic training and supervision, emphasizing watching participants at work and the intersection of their own life experience with that of their clients. The focus of the Institute’s clinical training has always begun with encouraging trainees to explore their own identities in systemic context. Students use genograms to understand themselves and their families as well as their clients in historical and social context and from a multi-contextual life cycle perspective.

We have put great effort into recruiting and retaining diverse trainees and faculty who have expanded our clinical thinking beyond the dominant culture. We sponsored numerous workshops and short courses as well as larger conferences, most particularly our annual Culture Conference, which became institutionalized in 1992 and continued to be nodal annual event for us and for our collegial network for 25 years. Over the decades the Institute has trained hundreds of professionals, not only from New Jersey and the tri-state region, but from all over the United States and abroad (including Brazil, Korea, Japan, Germany, Slovenia, Romania, France, Hungary, Finland, and many other countries).

Many of the Institute’s faculty and network are known nationally and internationally for their training and their contributions to cultural understanding. Publications that have evolved through collaboration of our Institute’s network include:

The Institute has for many years been developing systemic teaching materials, such as diagrams and genograms reproduced in our books and many videos we have used for teaching. In recent years we have begun developing short educational videos on topics including: culture, immigration and race, life cycle issues, loss and unresolved mourning, genograms and family patterns including triangles and detriangling. (For details see our website: www.MulticulturalFamily.org). Among our primary references have been:

For more than four decades we at MFI have been puzzling over the meaning of our cultural identities. How do we deal with our changing identities as we move through the life cycle? How do we deal with those identities that are held in place by the definitions and values of others, and those that shift as we move through life? What kinds of belonging matter? What do our identities have to do with our sense of home? How much control do we have over the definitions of our identities? We have sought to understand the intersectionality of power (power over our lives, power within ourselves, and power in our relationships) with our multiple and changing identities over the life cycle. We have explored strategies that help clients successfully navigate these interlocking dimensions of power and identity and transform their narratives from conflict, cut-off, and cynicism toward creativity, connection, and resilience.

Our group has struggled increasingly with how to keep the intersectionality of numerous dimensions of our multiple identities in the conversation. We have fought against the pathologizing narratives therapists have increasingly been pressured to emphasize in clinical assessment and intervention. Systemic work requires transforming such dysfunction-seeking practices toward more creative resilience-focused healing and clinical interventions. We strive to support therapists in seeking the sources of strength and reslilence that are primary for clinical intervention.

Lerner, H. (2012). Marriage rules. A manual for the married and the coupled up. New York: Gotham.