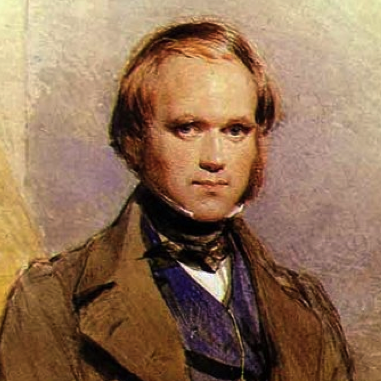 A Genogram Story by Monica McGoldrick

only $2.50 – available as a downloadable pdf

Charles Darwin (1809-1882), one of the most important naturalists who ever lived, profoundly changed our understanding of evolution of species. Through his revolutionary understanding of plants and animal evolution, he recognized that all species are descended from common ancestors and plotted out the evolution for many species.

Darwin followed in a pathway of understanding evolution that goes back at least to Aristotle on Lesbos in 344 and Jahiz in Baghdad in 850, down to Diderot, one of the earliest systems thinkers, and to Darwin’s own grandfather, Erasmus Darwin, a physician and poet, who spent years studying and thinking about how plants, animals and humans evolved.

Charles Darwin came from a complexly cross-joined family in which there were multiple marriages of first cousins, including himself and his wife and his Wedgewood in-laws. On his maternal Wedgewood side, his great grandparents were 3rd cousins. There were many instances in the family also of brothers and sisters marrying siblings from another family. This included his own sister, Caroline, who married his wifeÕs brother, Josiah III. Another sister, Emily, married the husband of her sister in law, Charlotte. 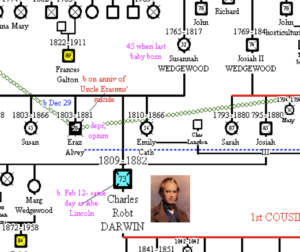 After Charlotte’s death. Charles’ older brother Erasmus, had a lifelong love relationship with his cousin Fanny, who had married another cousin, Hensleigh, the youngest brother of their uncle Josiah II.

The family also had many famous members, including Frances Galton, the famous anthropologist and inventor, and the composer Ralph Vaughan Williams, who was a grand-nephew. 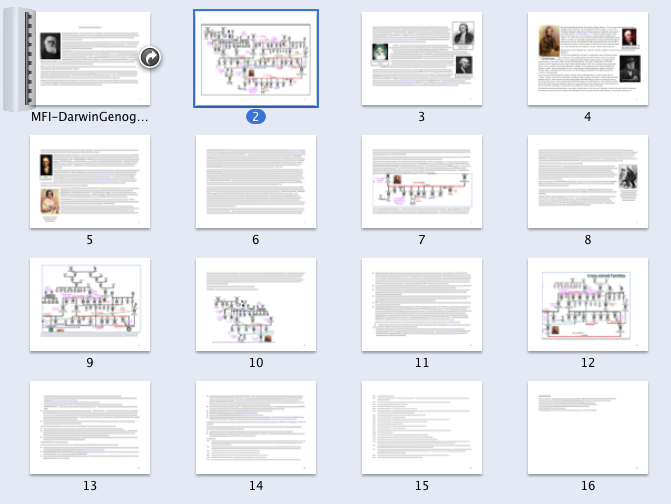