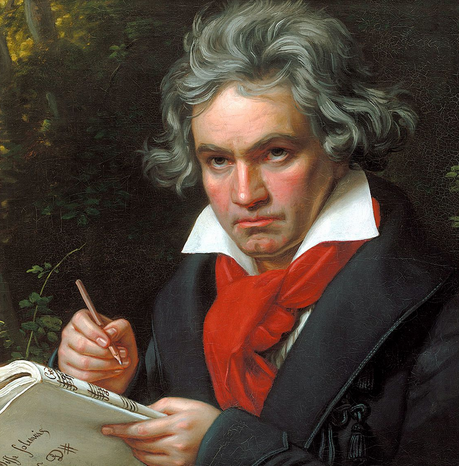 The family of the composer Ludwig von Beethoven was dominated throughout by triangles (see pdf for Beethoven Family Genogram). Ludwig’s father, Johnan, the only surviving son in his family, formed a close unit with his father, excluding the mother, Marie, who had been sent to a cloister for her alcoholism. Marie had earlier been in an alliance with her mother after the premature death of her father. Maria had an early marriage at sixteen, but her first husband and an infant son died soon after. Both of Beethoven’s parents were then tied to their own same- sexed parents, who feared losing them and disapproved strenuously of their marriage, on the pretext that their partners were unworthy. Their marriage thus occurred in the context of two primary triangles with the families of origin (see figure 2 of the pdf).

Maria and Johann von Beethoven had seven children, of whom only three survived. The first child, Ludwig Maria, died after 6 days of life in 1769. The second, the famous composer, also named Ludwig Maria von Beethoven, was born on December 16, l770; he grew up confusing his birthdate and that of his dead older brother and namesake. From birth he seems to have been part of a sibling triangle with his parents…

Read the whole story and see diagrams and genograms: